Putter fitting is a balance of art and science. It puts the right brush in the painter’s hand to create a masterpiece. At Engineered Golf we expertly understand how putters work and how a golfer’s stroke reacts to different putter designs. It is not a trial and error process of randomly selecting a putter off the rack at a golf store or pro shop. Through our exhaustive testing and fitting process, we can physically show improvement in your putting.

What's your favourite club in your bag?  We hope, that for your sake and your scoring satisfaction, that it's your putter.  Let's talk more about properly suited putters.

It’s amazing how golfers come to select the putters with which they play. Some players emphasize feel, some aesthetics, some choose to play a putter because their favorite player uses a specific model, while others play putters that have sentimental value. So many golfers spend thousands of dollars custom fitting drivers, iron sets, and hybrids/fairway woods, yet the club they will use for over 30% of their strokes made (twice as much as any other club in the bag) is unfit, and has very few other criteria for why it’s in the bag other than “feels good, looks good, made a couple”.

At Engineered Golf, we tend to look at putting and putter fitting a bit differently. Ultimately, it really should come down to performance above all else – lowest score wins. A few players can putt with a few different putters very successfully, but most of the golfing public make poor decisions when selecting a putter.

All putters will consist of all the same fitting components but will differ in specific preferences for a properly fit flatstick.  Putter fitting is a balance of art and science. It puts the right brush in the painter’s hand to create a masterpiece. At Engineered Golf we expertly understand how putters work and how a golfer’s stroke reacts to different putter designs. It's not a trial and error process of randomly selecting a putter off the rack at a golf store or pro shop. Through our exhaustive testing and fitting process, we can physically show improvement in your putting.

Let’s talk about the major fitting and design components of putting. I want to explain why a putter wants to move the way it does and why a player might react to it differently.  From our discussion, we hope that you will encompass this knowledge to lead you to get your putter properly fitted.

At the start of each fitting, we like to find a base measurement for length. By taking a yardstick and measuring the distance in inches from the ground up to the base of a player’s wrist bone from a standing straight posture, we can find a great starting place for length. It is an old-school test, but it works! From there, we adjust the length to comfortably accommodate good fundamentals with posture along with ball and eye position and arm hang.

Putter length is the most important variable to a proper putting setup. By using a putter that is not the correct length you will suffer improper wrist and arm alignments, poor posture, and less-than-ideal distance from the golf ball. With high-speed camera testing, we find that if a putter is too long, it increases face rotation above the desired range and too short results in below the desired range. If the length of your putter is too long, it will likely be too upright, while too short will likely be too flat in terms of lie angle.

Lie angle is the angle in which the shaft intersects the head relative to the ground. Most off-the-rack putters come standard at approximately 70 degrees. Testing shows that best performance comes when both the toe and heel sit evenly at impact.

A properly fit lie angle gives the ball the best possible chance to strike the highest part of the putter face, nearest the center of gravity, thus ensuring a solid strike that promotes forward spin. A poor lie angle at impact will cause the ball to strike low on the blade, nearer to the toe or heel depending on whether the toe or heel is off the ground. This results in poor contact, creating speed control issues.

Weight in a putter can be associated with three separate concepts:

Head Weight – Most putters are defined as standard at approximately 350 grams. Head weight will affect how a player squares up the face at impact. During a fitting, it is important to test both lighter and heavier head weights to see which type you respond to best.

Grip Weight – While picking your favorite look and feel of a grip is important, understanding how the weight of the grip influences overall swing weight matters significantly. A lighter grip will give a player a heavier head feel, and a heavier grip can make the same head feel lighter.

Counterweight – Some players test best with counterweight. This occurs by adding weight to the top end of the putter. Also, having a heavier than standard head combined with counter weight produces a “counterbalanced” design.

Head size is very important to be matched to a golfer’s tendencies. Larger, mallet type heads are more stable and can greatly contribute to resisting harmful over-rotation of the club head due to active hands. Therefore, we closely observe and match the head size to obtain both the optimum measured face rotation and head stability for your stroke.

While it is important to pick a putter head that is attractive to look at, you must also consider the effects the shape of putter has on your ability to use it optimally. We like to split up head shapes into more rounded vs. more square. When the trailing edge of a putter is rounded, we see players tending to aim more open to the intended line, while a square trailing edge with more parallel lines tends to encourage a more left bias. Head shape is important to squaring the face angle up at impact because it is directly related to how well a person aimed the putter face. Find a shape that you like, but make sure it works!

Offset is most talked about with full swing golf clubs. Clubs will literally feature a face that is offset from the leading edge of the shaft to correct an errant shot. Putter offset is no different. Offset is defined as the shaft placement in relation to the putter face. The amount of offset affects both the player’s ability to aim the putter as well as square up the face angle at impact.

As a general rule of thumb there are four common offset styles:

Different offsets can cause a player to unknowingly aim slightly more left or right relative to the other offset styles, depending on various optical characteristics, such as eye dominance, depth perception, visual acuity, head position at address, and more. Knowing your optimal offset is a crucial aspect of a properly fit putter. We encourage players to test different offset styles in combination with their favorite putter head shape. When the correct offset is found, a player’s eyes will naturally aim the putter to the intended target. When a player is using the incorrect offset, the player will believe themselves to be lined up to the same location, but in fact, the putter will be misaligned.

If you have always heard people talk about the toe hang of putter but still don’t understand what it means.  Toe hang is the position in which the toe of the putter points if the putter is allowed to hang naturally.

These are the six most common categories of toe hang styles:

Often, the reason that a putter's toe hang is important is it can highly relate to the way the player squares the face at impact. Motion capture technology, high-speed cameras, and physics tell us that putting is almost completely ruled by face angle at impact.

The loft of a putter is directly related to the quality of launch and spin. In this day and age of faster greens, we are now trying to maximize putter launch the similar to the way we try to optimize driver launch.

In any fitting we conduct, we first measure the loft of a player’s current putter. After analyzing measurements of shaft lean and attack angle we can determine a player’s loft for perfect launch and spin.

Loft should also be customized based on the surfaces a player typically putts on. To achieve perfect launch on faster greens, a player may require less loft than on slower green speeds.

Choosing the right grip is one of the final keys during a proper putter fitting. The different sizes, shapes, and weights can have an effect on squaring up the face angle at impact. With some players, the effect of the grip is extremely minimal. However, with others, it can lead to an enormous difference in their performance. The shape of the grip, the texture, and the size all have to be considered.

It is widely believed that the size of the grip will influence the amount the face rotates through impact, with a larger grip limiting hand action, and a smaller grip promoting more hand action. Research has shown this is true for only about half of all players tested. For other players, the shape of the grip and how it rested in their hands seemed to play a more contributing role.

As far as shapes, the following are widely available:

Textures can vary tremendously going from real leather wraps to synthetic rubber/acrylic. And most importantly, the grip must settle into the player’s fingers and hands comfortably to promote both stability and confidence.

If ten putters were selected at random at a major golf retailer, we would probably see three main categories of face material and texture:

The face material you select will directly impact the feel and quality of roll on your putts. High-Speed Cameras have shown us how important it is to get the rolling end over end. A putter that causes the ball to bounce and skid off the face will make distance control difficult.

COSMETICS SUCH AS COLORS AND FACE ALIGNMENT LINES

Just about all elements of putter design can promote different patterns of aim and keep you from being able to aim a putter at a target. Color can also influence your aim – dark colored heads appear smaller than light colors which can lessen some golfers anxiety about the head appearing to be too large. Even the presence or non-presence of alignment lines has shown that some golfers can respond either favorably or unfavorably to aiming their putter.

We know that by using the fitting component list we just laid out, you are left with no guesses about which putter will work best. When you consider the cost of a putter fitting, and the price of a putter, there is probably no greater value in equipment as it pertains to scoring than having a properly fit putter. 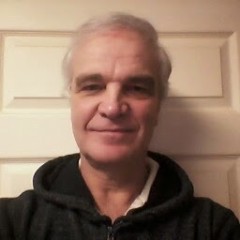